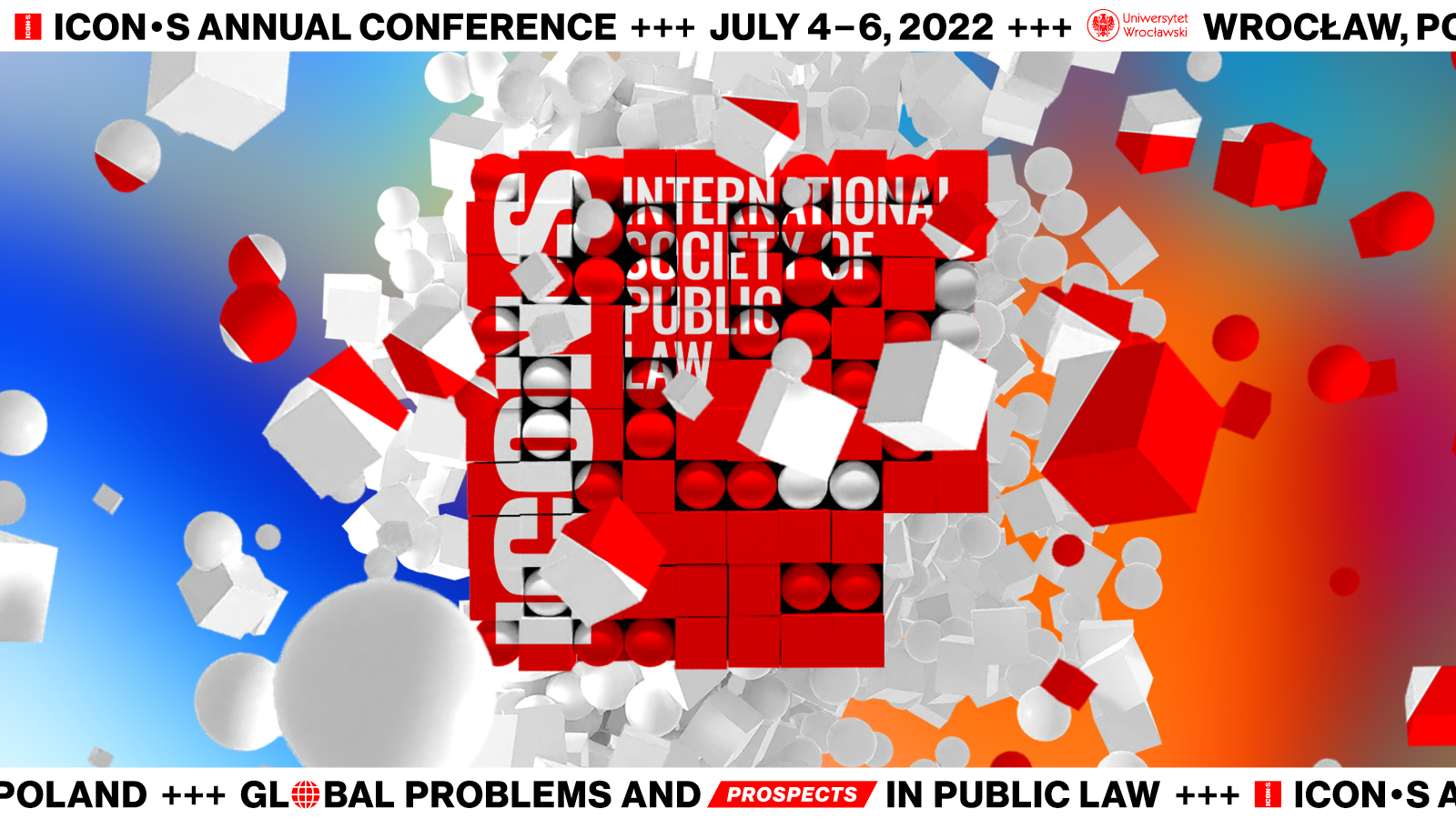 Parties have been central elements of constitutional democracies as they emerged in the 19th and 20th centuries. They organized the choice of the voting electorate and stabilized political systems. However, recently, we have seen a fundamental change in the role that parties play in many democracies. Established big tent parties have seen a dramatic decline in importance or been taken over by fringe-groups. Party loyalty has often been replaced by the allegiance to charismatic personalities. Our panel discusses what this development means for the future of parties and the future of democracy and which lessons we should draw for the organization of our political institutions.

Emanuel V. Towfigh: The Party Paradox
Across democracies, citizens are increasingly disenchanted with political parties, as evidenced by dwindling support for mass parties and increasing protest and extreme votes, as well as lower rates of party membership and of voter turnout altogether. Parties have become vestigial. The decrease in party identification leads to a reduced acceptance of the presumed legitimacy of state decisions. The paper argues that political parties have originally evolved as a “rational response” to the prevailing historical and institutional circumstances of democratic representation. They discharge the tasks that follow from the system of democratic representation as we have set it up. But they also pose a threat, inasmuch as they display effects that are detrimental to the legitimacy of representative decisions. The paper argues that the current institutional setup thus leads to a “party paradox”: we cannot do without parties, but we cannot do with them either.
Talking Points Slides

Samuel Issacharoff (NYU) : From Party Decline to New Democratic Politics
For much of the 19th and 20th century, the organizational vehicle of democracy was the political party. In single-peaked elections, the result was a relatively stable two-party system. In PR systems, there were more parties, but politics gravitated to center-right and center-left parties, such as the Social Democrats and Christian Democrats. This has dramatically inverted in the 21st century with the collapse of historic parties such as the Socialists and Gaullists in France, the Congress Party in India, and so on. The paper proceeds in two parts. The first is trying to explain the collapse in terms of the loss of a mass base and a reduction in the cost of direct reach to constituents. This is a Coasean analysis of the availability of buying rather than making a political movement. Second, is an attempt to hypothesize recapturing democratic politics from populist anti-institutionalism in an era of cheap social media and weak civil society organizations.

Impressions of ICON•S and the panel 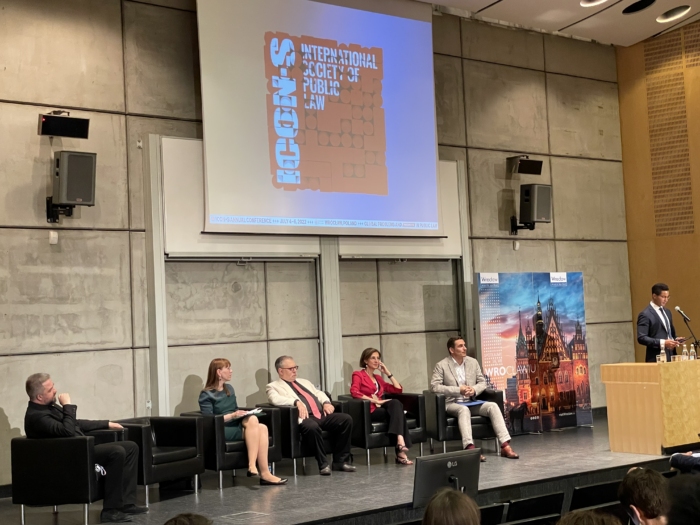 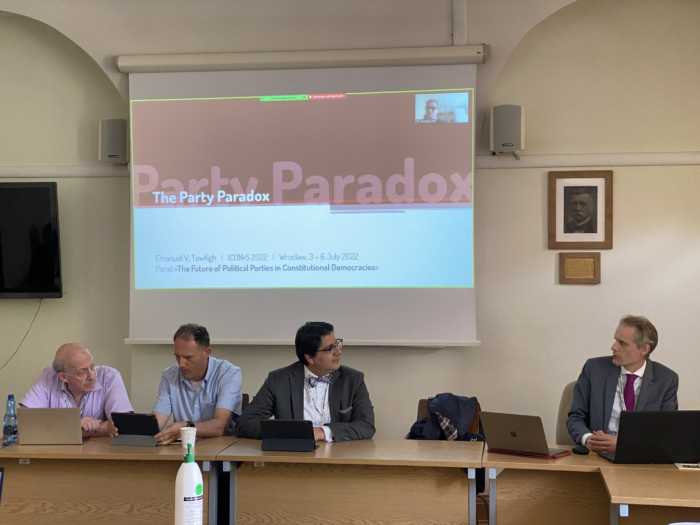 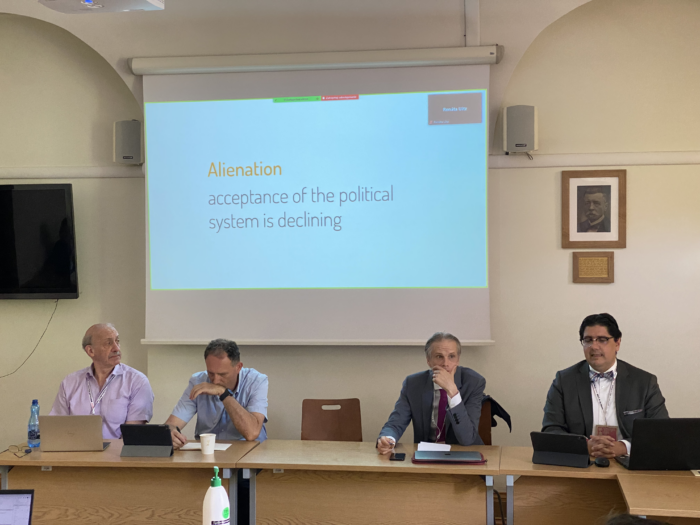 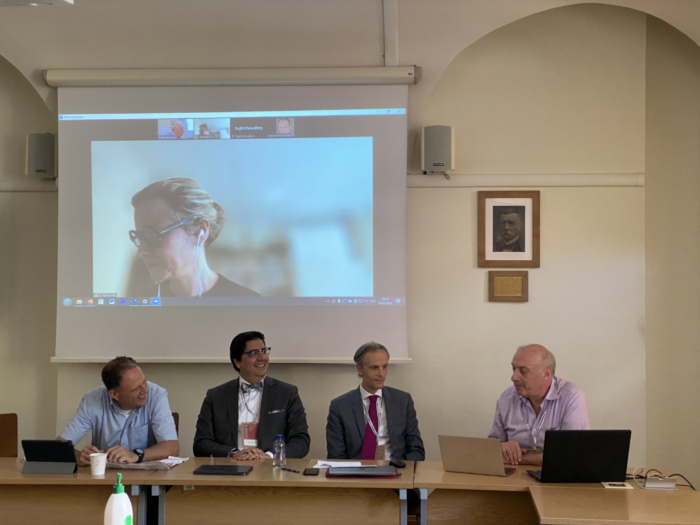 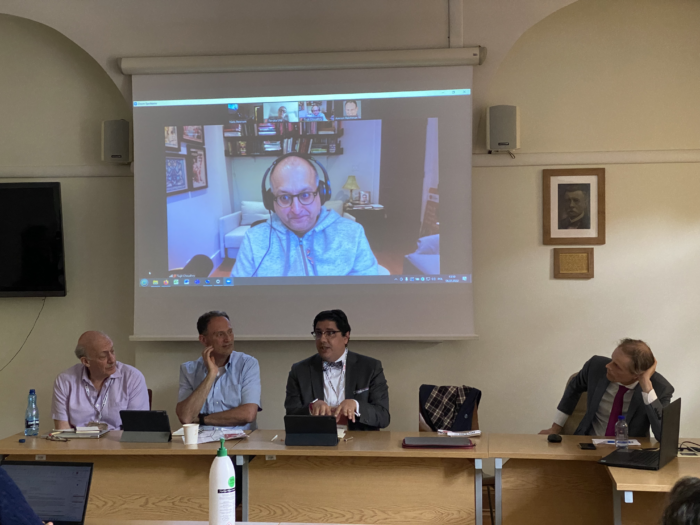 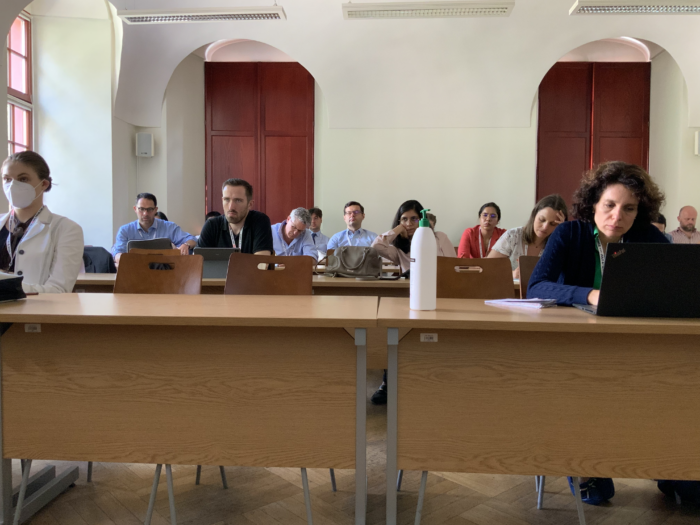 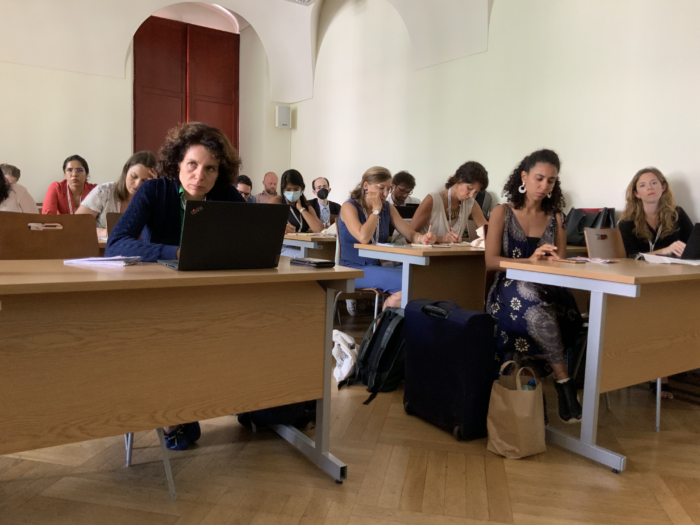