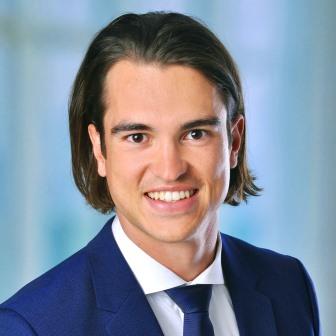 Niklas Weyl studied law and economics at the EBS University of Business and Law in Wiesbaden and at Case Western Reserve University of Cleveland (USA). He completed his law studies (focus: law of digitalization) in 2021 with the First State Examination in Law. In the same year, he also obtained a master’s degree in economics (topic of the master’s thesis: Economic and legal consequences of climate change with special consideration of the German Constitutional Courts decision on climate change mitigation).

Since January 2022, Niklas Weyl has been working on his doctorate under supervision of Prof. Dr. Emanuel V. Towfigh. In his Thesis, Niklas Weyl deals with the extraterritorial application of fundamental rights – more precisely the extent to which States are bound by fundamental rights in case of actions with a foreign connection – especially in the context of climate change. Taking into account considerations of legal philosophy, he examines whether the merely coincidental circumstance of descent or place of birth can continue to be the decisive criterion for the scope of protection under fundamental and human rights law. Following these considerations and with reference to current developments in Jurisprudence, he discusses whether the global dimension of climate change requires a new understanding of extraterritorial fundamental and human rights obligations.